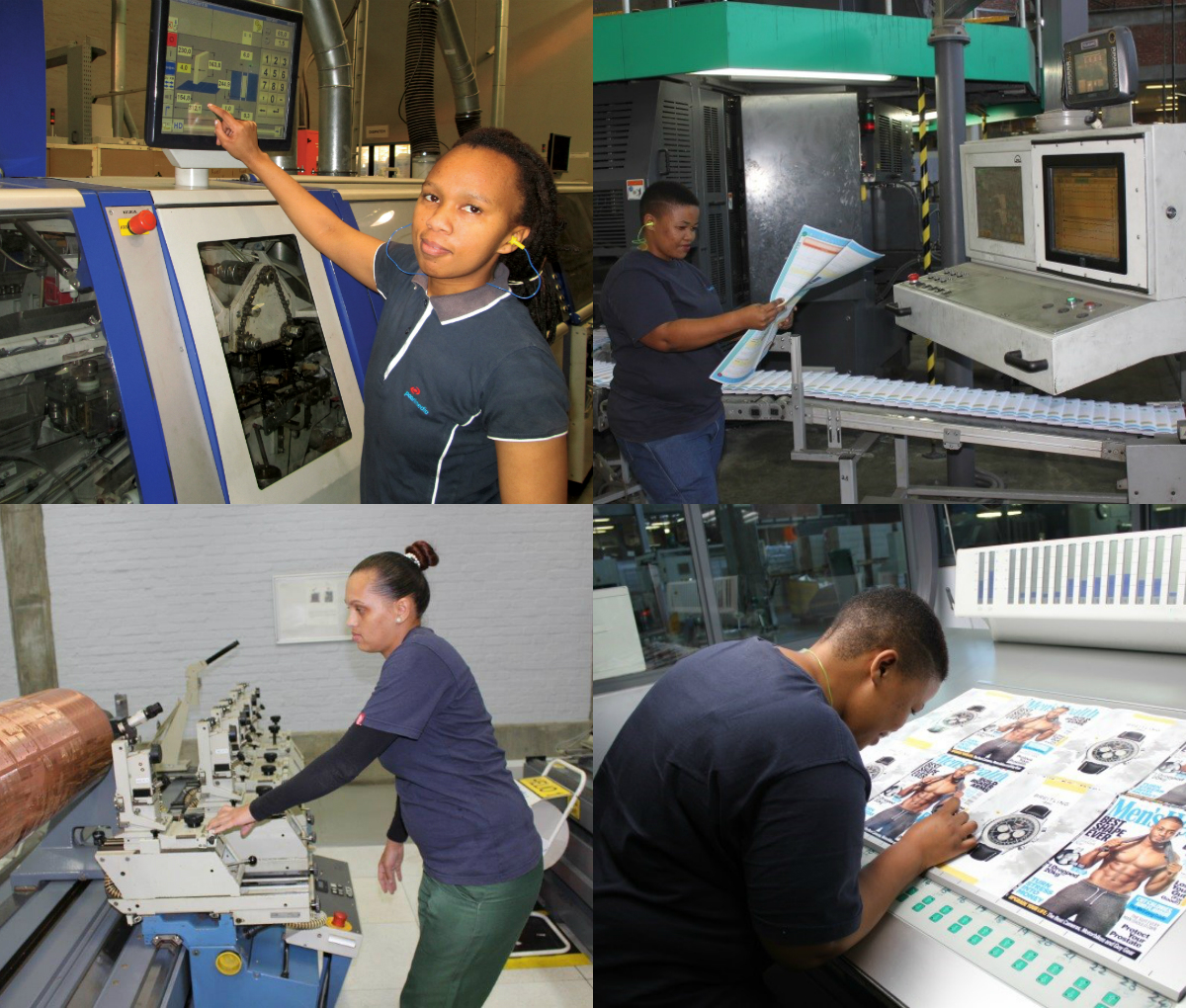 With unemployment rates at a whopping 27.1% in the second quarter of 2018, the current state of the economy and 51.7% of the South African population being female, it is important for women to be granted opportunities in what is traditionally viewed as male-dominated industries, such as trade and manufacturing.

This is the view of Nelia Burger, training and development manager at Novus Holdings, who says that South Africa still has a long way to go to remove barriers for women to enter these industries.

“Artisans play a critical role in our business, from printing and electronic technicians to book-binders and mechanics,” says Burger. “We are working hard to break the perception that women can’t enter this space, and we have seen that the young women that have completed their apprenticeships through our training academy, are a force to be reckoned with.”

The Novus Academy, which has indentured and trained more than 200 apprentices since its inception in 2011 and provided a support service to Novus Holdings, is an FP&M Seta accredited training institution that provides apprentices with vital, specialised industry skills.

According to the National Development Plan, the manufacturing sector plays a major role in reducing inequality and ensuring better working and living conditions for all. To achieve this, it has been claimed that the country needs to train over 30 000 artisans per year by 2030.

Burger says that with such a high demand for artisans, it is vital to encourage more females to fill these vacancies. “The women that are successful in the apprenticeships that we offer have applied for the same reasons that men do – to move away from dire circumstances and become value-adding citizens and employees. Their successful qualifications allow them this opportunity and pave the way for other women to follow suit.”

Four such women include Funeka Mlambisa, Nasreen Latief, Noxy Mdlalose and Nozipho Mkhize.  All four of which are setting the benchmark for female artisans by becoming the first females to qualify and work in their respective trades.

Nozipho Mkize was the first ever female artisan to enter the programme at the Novus Academy in 2011. She did not let this stand in her way of achieving success and passed top of her class with an aggregate of 92%. She currently works as a printer at Paarl Media Gauteng, a specialised printing plant and sub-division within Novus Holdings.

Noxy Mdlalose recently qualified from the Novus Academy as a Mechanised Bookbinding Technician and works as the first female Mechanised Bookbinding Technician at the specialised plant and sub-division of Novus Holdings, Paarl Media KwaZulu-Natal. Mdlalose says that despite the challenges she faces in a male-dominated industry, her passion for her work drives her to succeed. She also believes that learning a trade can provide women with faster access to formal employment and the opportunity to earn a decent salary.

In 2014 Nasreen Latief achieved the top student award at the Novus Academy and currently works as a female Cylinder Preparation Artisan at Paarl Media Cape, also a specialised printing plant and sub-division within Novus Holdings. Latief says she was fortunate to have been given the opportunity to prove that women are very much capable of successfully working in the cylinder preparation trade. She believes that her hard work, dedication and a drive to succeed, led to her becoming one of the few female artisans within the printing industry in South Africa.

Funeka Mlambisa, is another qualified artisan within Novus Holdings having trained through the Novus Academy and is one of the few female printers. She was led by her passion for trade when she did her apprenticeship in 2014. She felt a great amount of pride when seeing a magazine that she assisted in producing, on shelf. Mlambisa wants to change the stigma that printing is for males only and wants other women to be motivated to consider entering the printing trade.

“Specialised knowledge, rather than physical strength, is required to be an excellent artisan. We are proud of our young women artisans who have excelled, despite being in a male-dominated trade. We are not softer nor more flexible with them, and they are treated and trained in the same way as our male apprentices,” concludes Burger.