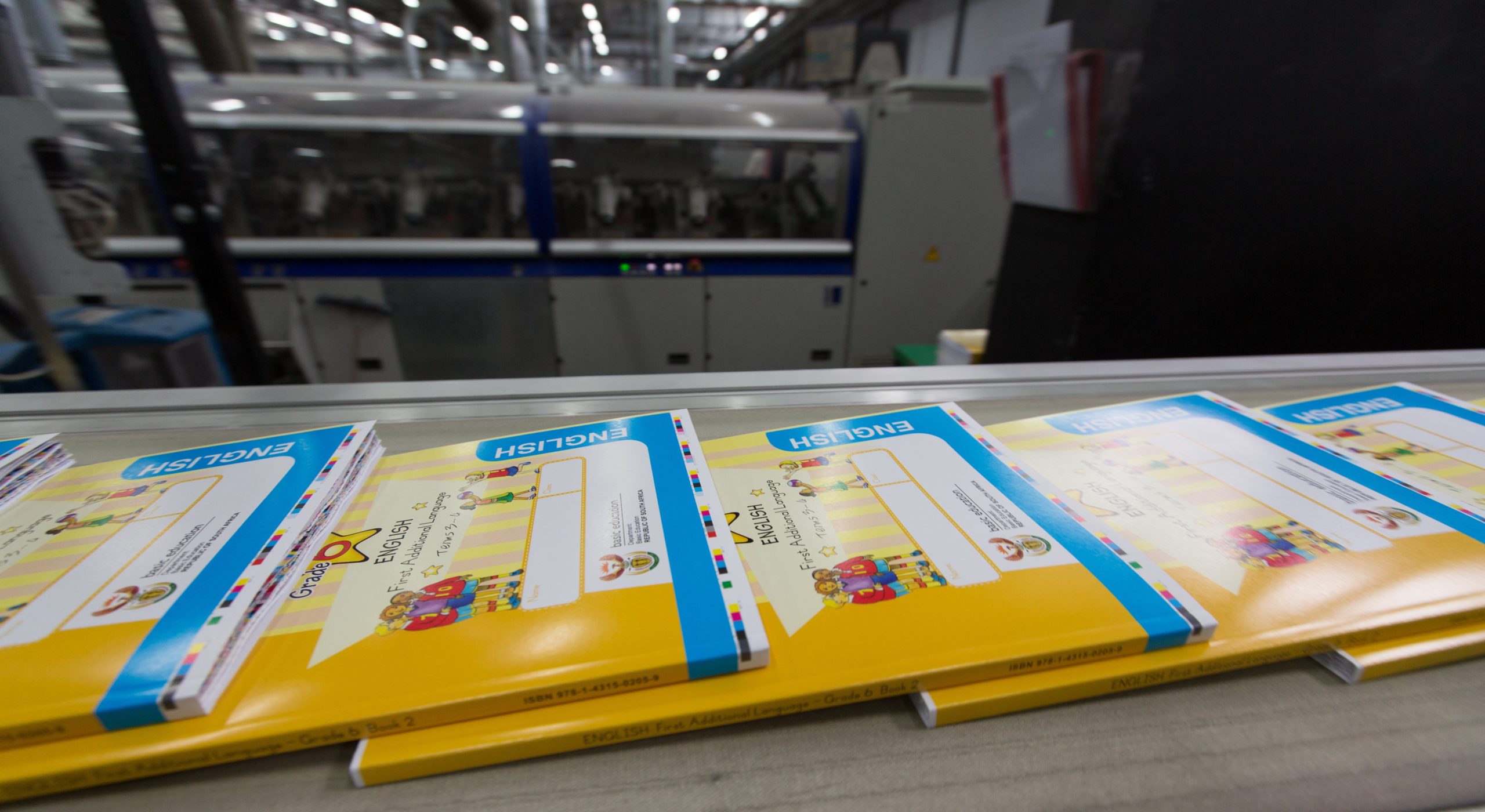 21 April 2020: Novus Holdings (Novus) is steaming ahead in its drive to deliver a landmark 60-million workbooks to more than 9-million pupils during 2021 despite that the country is dealing with COVID-19 related business disruptions since mid-March 2020. At the same time, the company continues to be confronted with allegations from Caxton, a competitor and one of the partners in the losing bidder, Caxton’s CTP JV in relation to the aforesaid workbook contract.

Over many years there has been an incremental success in the timely and efficient delivery of millions of workbooks to more than 23 000 public schools across the country, leading to the DBE exercising a two-year extension option in February 2020. Novus Chief Executive, Neil Birch, says the company has been working closely with its consortium partners to ensure there is minimal disruption to the delivery of critical school material as a result of the five-week economic shut down due to the unprecedented COVID-19 pandemic. This will be a huge relief to the DBE which is currently endeavouring to  salvage the 2020 school calendar which has lost significant number of school days due to imposed national state of disaster shut down.

“We have very effective measures in place to deliver the required and contracted material for this year, and to fully meet our deliverables in the next two years as entrusted by the DBE. Novus’ teams, including those of our consortium partners Lebone and DSV, have been working and planning around the clock to ensure that our obligations are fulfilled timeously,” says Birch.

“We have become an extremely well-oiled machine in the delivery of this project. We have a first-time delivery success rate of 99,99%, which is remarkable considering the number of schools to which we deliver workbooks. Overall, efficiencies continue to improve in all aspects of this project, also due to the strategic role that Lebone plays in the project” says Birch.

“This success, and the commercial extent of the contract, has unfortunately attracted litigious interruptions from Caxton, who were one of the partners in the losing bidder, Caxton’s CTP JV, for this publicly awarded tender. For the past 4 years, we had to bear with their continuous legal attempts to highjack a publicly contested contract which was awarded based on technical competency and demonstrated ability of all consortium partners to deliver,” says Birch.

The nub of the latest unfounded allegations is that the company made unlawful payments to Lebone-Litho (Lebone), the company’s empowerment partner in the Consortium to which the workbook contract was awarded. The complete answer to these allegations simply is that Lebone received no remuneration from the company or DBE, that was, or is in excess of Lebone’s legitimate share in the proceeds of the tender. Caxton is insistent that Lebone’s remuneration from the proceeds of the tender constitutes an unlawful commission paid by Novus, which it clearly was not.

The payments made to Lebone were no more than Lebone’s share in the proceeds of the tender, in the normal course of business. These allegations are blatantly misleading, unfounded and intended to harm Novus without good cause.

“In the past few months, it has become clear that Caxton is not going to give up its attempts to wrestle this workbook contract from us.  Caxton is now legally challenging our previous empowerment status, and as if that is not enough, we are now seeing an increasing public attack on Novus and its consortium partners with nefarious accusations of conflict of interests among others. These attempts to hang us in a court of public opinion will not persuade us to hand over the future of our children to a company which has repeatedly failed to meet basic functionality requirements to fulfil this DBE workbook contract,”  says Birch.

In these latest allegations, Caxton has also cast aspersions on the consortium, minimising Lebone’s role to that of a junior partner designed to perform government relations in return for undeserved payments. Novus is quite satisfied with Lebone’s performance in this project also as evidenced by the company’s organic growth in the past 10 years.

“Lebone has been an efficient and value adding consortium partner to Novus over many years and we are proud to see their business grow every year. As the leading partner in the consortium Lebone  has been increasing its role in the project progressively, year after year. Our client, the DBE is satisfied by the contribution of all consortium partners in this project as demonstrated by a contract delivery rate of 99% ,” says Birch.

Novus Chairman Dr Phumla Mnganga says, Caxton’s behaviour towards the Lebone-led consortium, and its constant interference in this national project, has the hallmarks of the “old white boys club” mentality which refuses to accept that a black owned company in Lebone, and a black women led company in Novus, can successfully deliver on a significant national project such as this one without any hint of corruption or under performance. She also notes that Caxton’s behaviour is unbecoming for a shareholder who holds a sizeable stake in Novus.

She furthermore notes that Caxton’s behavior is peculiar for a significant minority shareholder in Novus. Caxton has been taking advantage of weakness in Novus’ share price , ramping up its interest in Novus in the past few months by increasing its holding from 6,4% in December 2019 to 7,5% in March 2020, whilst simultaneously continuing to wage both legal and public battles against the company under the guise of being a shareholder.

Caxton is also legally challenging Novus’ previous empowerment credentials, a level 1 broad-based BEE (BBBEE) certificate which was awarded by Express Verification Services (EVS). Novus subsequently instituted a BBBEE peer review process which was finalised in December 2019, giving the company a Level 2 BBBEE rating under the revised B-BBEEE Codes of Good Practice (which came into effect on 01 December 2019). At the same time, Caxton strangely in disingenuous fashion had its BEE verification moved earlier by 6 months to 28 November 2019 thereby avoiding measurement against the new codes.  They were awarded a Level 4 BBBEE rating under the old Codes of Good Practices, a certification which endures until 28 November 2020.  Alongside its numerous legal challenges, Caxton has recently levelled further allegations as mentioned above against Novus, the company’s board of directors, Lebone, the DBE,  and some former employees, which at the moment as regards Novus is the subject of legal correspondence between the legal representatives of Novus and Caxton

“Novus has a long and rich history stretching over a century, built on strong ethical base, highest standards of corporate governance in all our operations and relationships with key stakeholders. As a listed company, we strive to operate in line with governance structures that ensure that we continuously meet our obligations in terms of JSE Listing Requirements, compliance with the provisions of the Companies Act, 71 of 2008, whilst also adhering to King IV. “