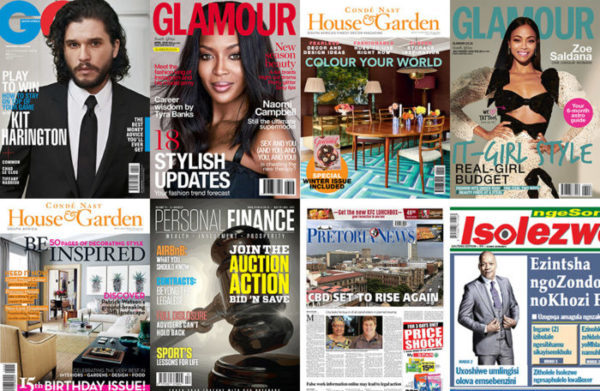 Novus Holdings, one of the largest commercial printing and manufacturing operations in Africa, today announced that it has signed a significant new printing deal with Independent Media.

The contract will run for five years, commencing 01 August 2018. The allocation of these outsourced newspaper and magazine volumes will contribute strongly to group volumes. Independent Media will continue with the current in house production at its own facilities.

Neil Birch, Novus Holdings Group CEO, said that the contract is welcomed given the maturity of the printing market in a constrained South African economy.

“We are pleased to share this news with all stakeholders. This contract is an example of the Group’s unified and integrated approach to finding new opportunities amid a challenging operating environment,” said Birch.

He added that this contract will mitigate some of the reduction of the Media24 printing agreement in certain regions and will provide the opportunity to re-create a number of recently lost jobs in the printing division.

The printing contract with Independent Media includes 53 newspaper titles, made up of dailies, weeklies and monthlies, for a period five years, with the exception of Isolezwe News, Pretoria News and The Post which are for two years with an option to renew.  Novus Holdings will also print Independent Media’s national magazine titles for a period of five years, including Fast Company, African Independent, Personal Finance, House & Garden, GQ Style and Glamour, amongst others.

According to Birch, the Group’s customer-centric approach has allowed the company to form long-standing relationships with its customers. To this end, Independent Media was impressed with the Group’s ability to demonstrate an innovative and flexible approach to meeting its needs.

“This contract is proof that the Group is moving in the right direction, especially as we contemplate the impact of a shifting operating landscape on our business, and redefine how we respond to these challenges.

“We remain focused on streamlining our operations and innovating where possible in order to ensure the sustainability of the business,” concluded Birch.

The Novus Holdings Group is currently a market leader with a 65% market share in high volume, high quality print markets in the country.