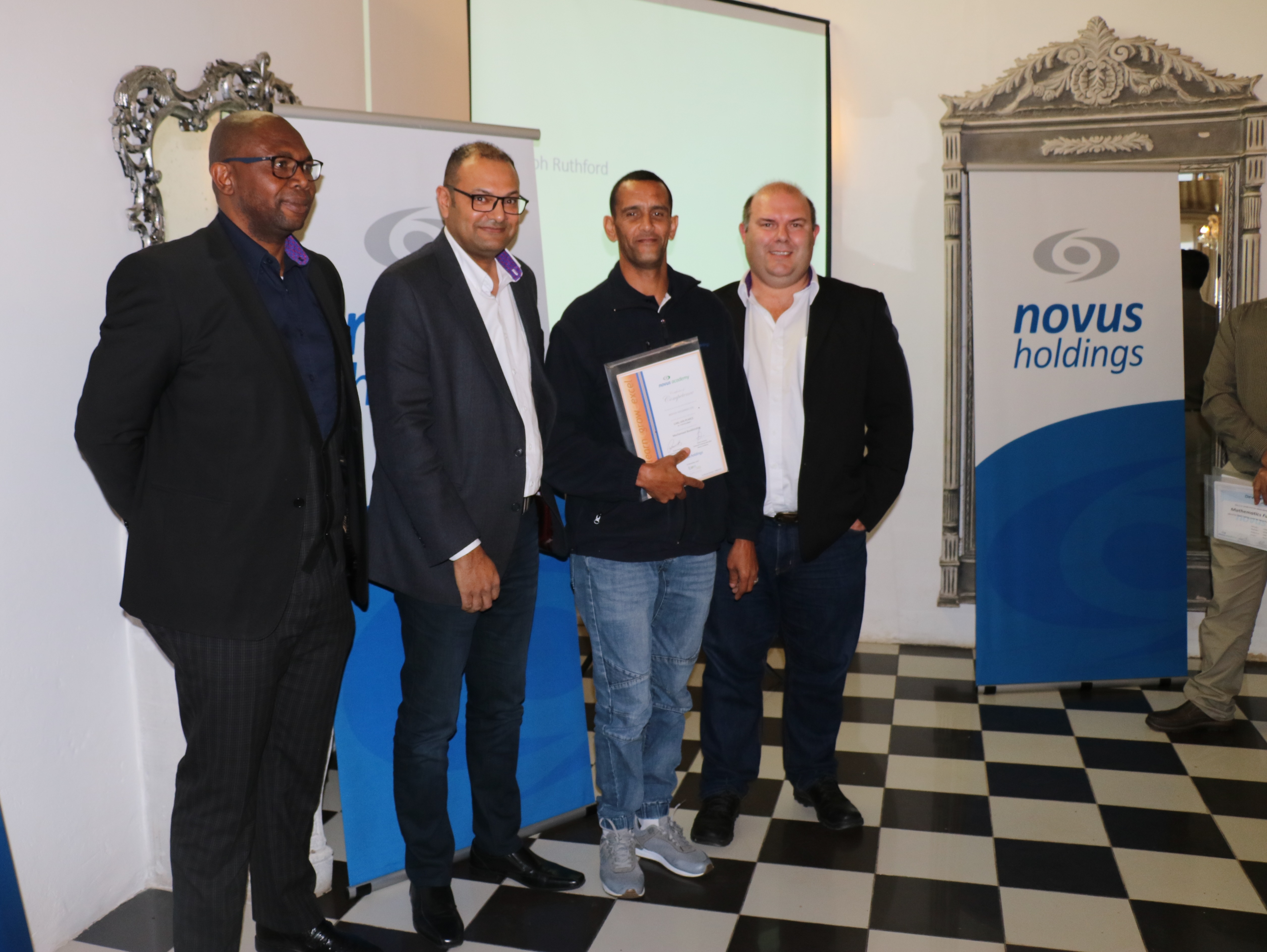 Artisans are the bedrock of SA’s economy

Unemployment in South Africa is at its highest level in almost 15 years and remains one of the highest in the world, with nearly 7 million people currently without jobs. The unemployment rate increased by 1.4 percentage points from 27.6% in the first quarter of 2019 to 29% in the second quarter of the year. According to StatsSA, this is as a result of an increase of 455 000 in the number of people who are unemployed.

Ralph Ruthford, Group Executive: Human Resources at Novus Holdings says that Novus Holdings, through the Novus Academy, wants to contribute towards the National Development Plan and make a positive impact to the challenge of youth unemployment.

“A lot needs to be done to solve the unemployment crisis and we believe providing scarce artisan skills is the answer,” says Ruthford.

In his State of the Nation Address, President Cyril Ramaphosa alluded to his dream of a South Africa where the first entirely new city built in the democratic era rises, with skyscrapers, schools, universities, hospitals and factories, adding that this development requires technical work by artisans.

Ruthford agrees that the artisan sector has the potential to be a viable source of economic growth, job creation and business expansion, yet, there are not enough skilled artisans in the country. This is despite the fact that artisans are highly sought after in the economy.

“I believe it is because the youth is not considering technical trades as career options,” says Ruthford.

Research suggests that SA needs at least 60% of school leavers to pursue artisanal training to meet the country’s demand for scarce skills.

“We need to do more to encourage school leavers to pursue technical trades. With the rise of digital transformation and artificial intelligence causing a disruption in industries, many jobs in the corporate world may no longer exist in the near future. However, there will always be jobs for artisans due the technical skillset required to fix machines if they break down, for example.”

He adds that becoming an artisan is a springboard to other careers such as in business, management or entrepreneurship. As artisan training is usually completed in two and a half years, technical training offers a quicker access to full-time employment, with apprentices often getting an apprenticeship with a company most likely in their first year. This means they can also start earning an income sooner.

Furthermore, artisans also get on the job training and are in an “always-on” learning environment, which means that they do not require as much investment from companies for continual training and development.

“We need to see a mind shift in society about artisans, which will encourage more youth to pursue technical trades. Artisans are the bedrock of this economy and will always be needed. Without them the economy cannot grow at the pace that is required.”

The Novus Academy, which has indentured and trained more than 226 apprentices since its inception in 2011, is an FP&M Seta accredited training institution. Of these candidates, 223 are youth (between the ages 18 -35).

The Academy provides apprentices with printing industry technical knowledge, life skills, mathematics, leadership and end user computer training as part of their learning curriculum. It grew out of the need to provide specialised skills to not only the organisation, but also the South African print industry.

Of those who have gone through the Academy, 100% of artisans are employed.

Ruthford says that the Academy has therefore made a significant impact to putting skills into the print sector, which employs over 45 000 people and contributes about R55 billion to the country’s Gross Domestic Product (GDP), making it the sixth largest industry in South Africa.

“We are doing our part to transform our country’s economic future by increasing the contribution from skilled artisans into the market. By doing this we can make a dent in our country’s unemployment figures, and truly realise the critical role that artisans play in South Africa,” concludes Ruthford.