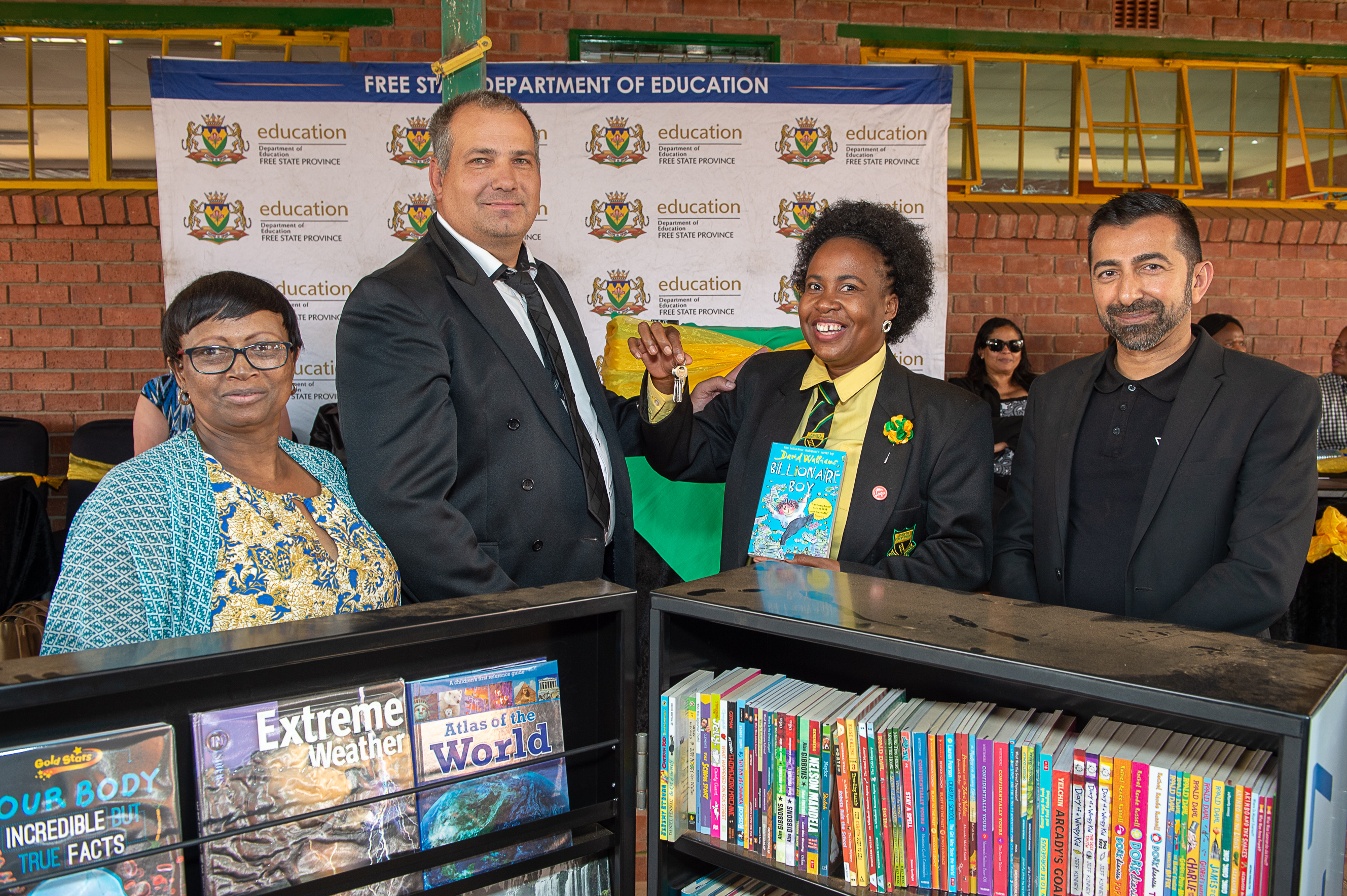 In the spirit of World Children’s Day, celebrated annually on 20 November, to build a world where every child can fulfil their potential, Novus Holdings, in partnership with New Africa Education Foundation (NAEF), donated seven stunning mobile libraries to Kgato Primary School in Manguang, Bloemfontein. Novus Holdings is a leading commercial printing and manufacturing company while NAEF is a Non-Profit Organisation (NPO).

The mobile libraries, which can be wheeled from one classroom to another making them easily accessible to all learners, were donated as part of the ‘Read to Lead’ campaign, the aim of which is to improve literacy levels across South Africa. To date, this initiative has seen more than 27 mobile libraries donated to schools across KwaZulu-Natal, Eastern Cape, Gauteng, Western Cape, and now the Free State.

This is a project by Future Foundations, a Novus Holdings CSI initiative. The Future Foundation’s mission is to transform communities by making a sustainable difference with a special focus on education.

“Reports show that learners who read for pleasure are on average one and a half grades ahead of their peers,” said Carrie Nixon, Corporate Communications Manager at Novus Holdings. “We hope that these mobile libraries will inspire a love for reading in children, and thereby foster their potential.”

Research also indicates that access to libraries improves learner performance and increases their chances of fulfilling their potential. Research done by the University of the Free State in 2014 on schools in rural areas proved that children, who had access to mobile libraries, showed a vast improvement in their reading and speaking capabilities.

In addition, it is widely believed that literacy is one of the indicators of prosperous nations. A study published in 2016 entitled ‘The World’s Most Literate Nations’ ranks countries on their literate behaviours using various criteria, with one criteria being access to libraries. South Africa came in the 51,5 position, with the best ranking positioned at one and the worst at 61.

“Access to books is key in having a more literate nation. It is therefore crucial that we promote reading in schools, especially as access to reading material is fundamental to improving literacy. The Read to Lead campaign will go a long way in bridging this gap,” concluded Ahmed Motala, CEO at NAEF.